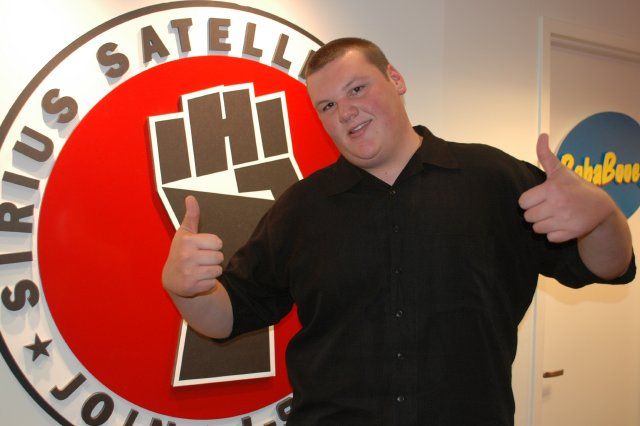 Howard brought in Kenny Nash, a high school radio host, to tour the studio. Howard told Kenny he had a good voice, but Kenny thought he sounded like “s—t.” Howard explained that it was good to doubt yourself and then played a few clips from Kenny’s show. Kenny mispronounced “ask” as “ax,” so Howard and Artie helped him get a handle on the word by having him practice saying “task” first and then “ask.” Howard remarked that Kenny also needed to work on Cousin Brucie-ish mumble. Kenny confessed that he was still a virgin and looking for a prom date, so Howard told Kenny that he was just like him when he was younger. Howard encouraged Kenny to continue his radio education, as he “wasn’t bad.” Robin agreed, but she refused to help Kenny with his virginity problem. Howard and Artie then advised Kenny to keep his name, as “it rolls off the tongue.”