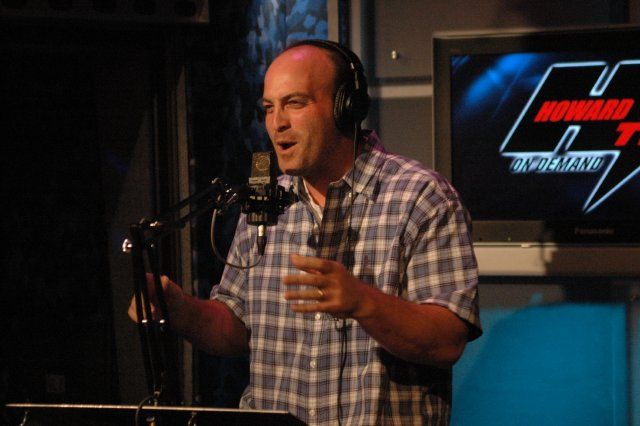 Howard made fun of Scott DePace’s claim that Halliburton hasn’t profited from the war in Iraq. Scott came in to reply that he refused to believe that President Bush would send troops into Iraq just to secure the oil business. Howard asked Scott why the President doesn’t invade other countries with WMDs, like Russia or North Korea, but Scott’s answer didn’t make any sense. Scott added that finding Osama Bin Laden wasn’t that important. Jason came in to say that Scott recently asked him if he was a “textbook Jew.” Scott explained that he was joking and claimed he was “one eighth” Jewish. Gary came in to say that Jason’s mother is so upset about Scott’s comments, she’s pressuring Jason to file a complaint with human resources and considering writing a letter to Scott’s country club. Howard told Scott he was an idiot and kicked him out of the studio.