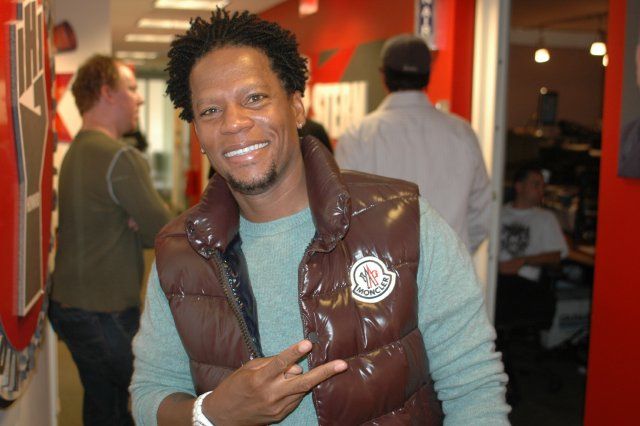 Howard brought in D.L. Hughley to promote his new DVD and upcoming comedy tour and asked him if he got in any trouble for his jokes about the Rutgers women’s basketball team. D.L. said you never hear men talk about how attractive female basketball players are – not to mention the fact that the Rutgers girls actually had “nappy” hair. Howard and Robin wondered what D.L. thought of OJ, so D.L. explained that if it were anyone else, it’d be a “misunderstanding.” D.L. said he’s been married for 21 years, thanks mostly to the fact that his wife is a little crazy. Howard asked D.L. if he had any children, so D.L. told the crew that he had three children, the oldest of whom is an intern in Washington D.C. Howard wondered why D.L. didn’t get the gig as host of the “Late Late Show,” and D.L. claimed he couldn’t figure it out himself. Howard then played the clip of Sherri Shepherd’s round earth confusion, and D.L. thought it was ridiculous.