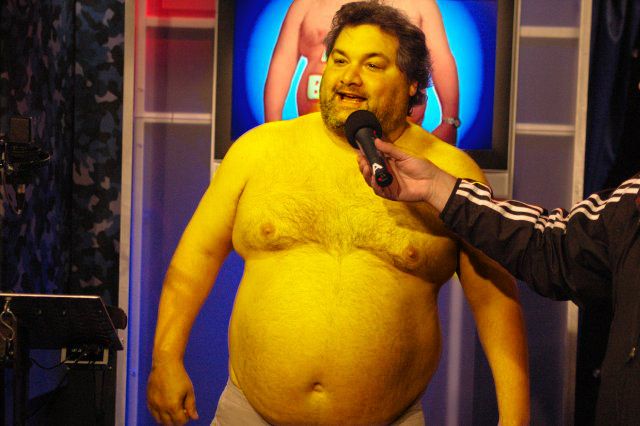 Howard said he got a letter that claimed Artie was out yesterday because he spent Monday night at a Bruce Springsteen show in Asbury Park. Artie denied the story, saying he was sick from overeating on Monday. He had two double cheeseburgers and a small chocolate shake at Burger King; a quarter pounder with cheese, small fries, and a coke from McDonalds; and a leftover “meatball parm” that might’ve been left out too long. After he finished, Artie went to sleep, but at 3am, he threw it all up. At 5am, he was still throwing up, so he called in sick. Artie said he was looking a little yellow and feared there was a problem with his liver so he went to a doctor and all the guy told him to do was take a Tylenol to reduce the fever. The doctor asked Artie to sleep in the waiting room so they could monitor his fever, and after about 4 or 5 hours, he went back home and threw up some more. Robin told Artie to order fresh food the next time he was tempted by leftovers.