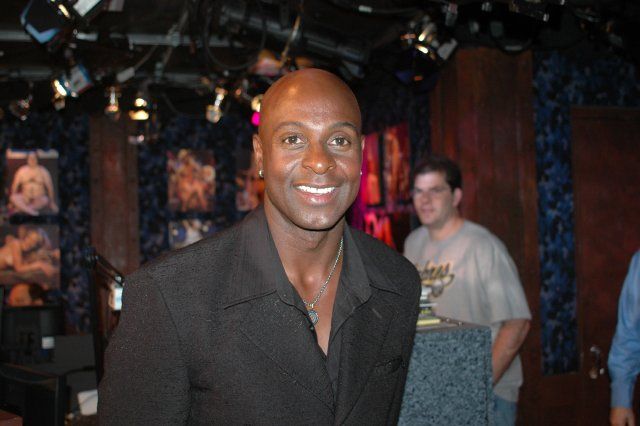 Jerry Rice stopped by to promote Elations energy/joint health drinks, and Robin said she thought he would be bigger. Jerry acted mock-offended and told Howard how great it felt to break toward the end zone with defenders trailing behind him. Jerry said he used to be a nerd, but when he skipped school at 16, his punishment included practice with the football team. His natural speed helped him quickly rise to a spot on the team as a starter. Howard asked Jerry if he ever wanted to punch Deion Sanders, so Jerry admitted that he and Deion were competitive with each other. Jerry said Deion was always very flashy, and when he went to the Cowboys, their relationship became more tenuous. Howard asked Jerry how he knew his career was over, and Jerry told the story about the moment that changed his mind: when Mike Shanahan demoting him to fourth receiver.

Robin asked Jerry if he thought any of his former teammates were gay, so Jerry explained that with so many guys, someone must’ve been gay. Howard said the showers must’ve been tense, but Jerry claimed they were “fine,” saying the rule was never to look below the chest. Jerry told the crew that female reporters sometimes came into the locker room, even though they seemed to have a difficult time focusing.

Gary asked Jerry if Bill Belichick was a cheater, so Jerry said spying, while wrong, has been going on for a long time – Bill just got caught. Jerry told the crew that he cried with Bill Walsh died because he always wanted Bill to induct him into the Hall of Fame. Artie asked Jerry who hit the hardest, so Jerry cited Steve Atwater and told a story about once getting knocked out on the field. Jerry also said he scored more TDs with Steve Young, but Joe Montana was greater.