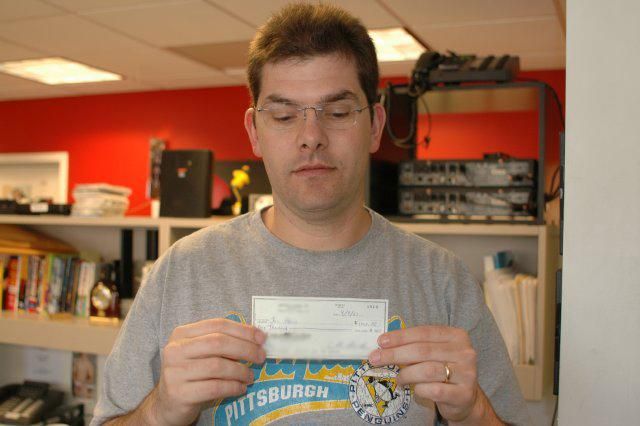 Howard noted that he got an invite to Jon Hein’s daughter’s Bat Mitzvah, but he just sent a check, as he has “something going on” with his kids that day. Gary came in to say that the customary gift is $250, so Howard lamented his $1000 check. Howard speculated that Jon only invited him so that he’d send a check, but Jon came in to say Howard was wrong; his daughter has met Howard a couple times and – after some discussion – decided to invite him herself. Howard wondered why Jon wanted his co-workers at his daughter’s Bat Mitzvah, but Gary retorted that he was invited to two of Howard’s daughters’ Bat Mitzvahs. Howard replied that it was his ex-wife’s choice, not his, to invite Gary and other members of the staff. Howard added that he was embarrassed to be seen in a yarmulke and said he’d also recently been invited to Mitzvahs for Scott Greenstein and Ron Perelman’s kids.