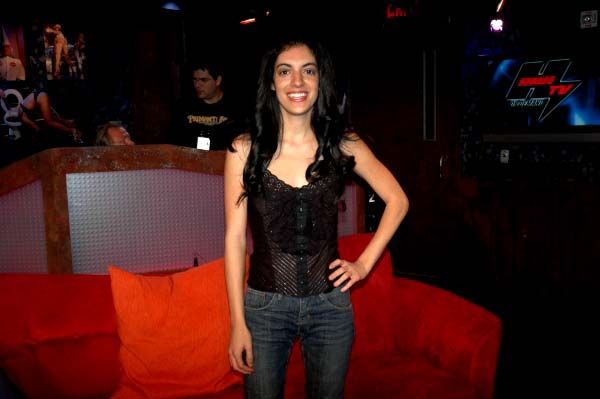 Ranae Shrider, the girl who co-stars in the Verne “Mini Me” Troyer sex tape, stopped by and Howard told her she wasn’t bad looking. Ranae said she was 5’6″, which the crew thought was pretty tall compared to Verne, and she agreed, saying he only came up to a little below her knee. Howard asked how she met Verne, and she explained how she wrote a letter to Playboy begging them to let her come to a party – and they agreed – which is where she met him.

Ranae told the crew that Verne’s persistence eventually wore her down: “I gave him my number as a joke…he called me the next day at 10am and said, ‘Hey Ranae, it’s Verne. It’s my birthday.'” Howard asked if they went out a lot, but she said Verne didn’t like going out in public. Ranae added: “He has pretty eyes, but, um…lucky for me, looks aren’t a big deal.” Of the sex, Ranae claimed “it was weird…honestly, I didn’t know when he was inside. You can’t feel anything.”