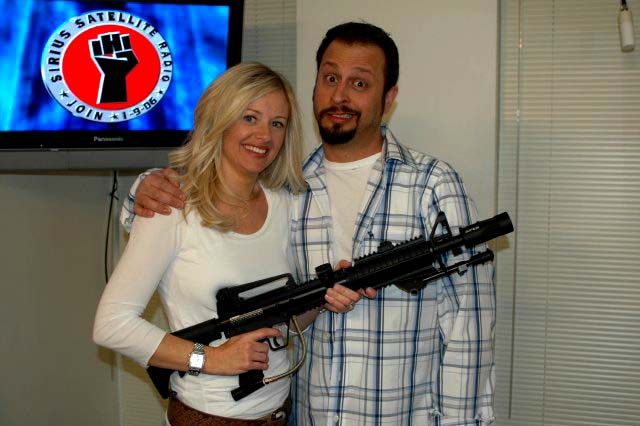 Gary told Howard that Sal’s wife, Christine, turned down the show’s request to take part in a new lie detector bit…even for $5,000. Sal came in to say Christine flat-out refused: “She won’t do it.” Howard explained that Christine would be tested off the air in a controlled setting and only the results would be read on-air, so Sal pleaded for more incentive: “She humiliates me…gets the check and goes to the mall. What’s in it for me?” Howard told Sal that he’d get to finally know for sure if she’d cheated, but Sal said it wouldn’t make a difference. Sal said he was committed to making their marriage work.

What Would Rich Sal Do?