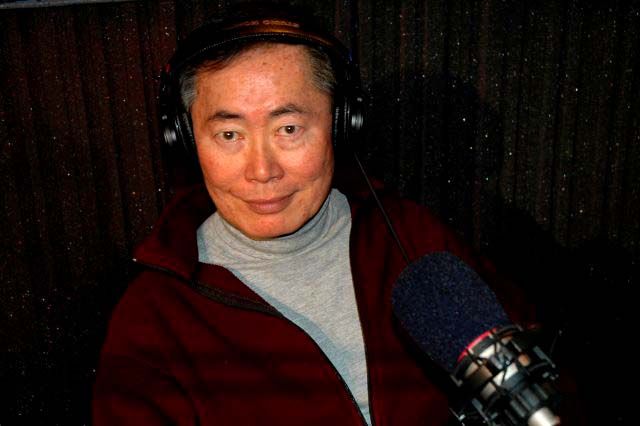 Fake Arnold Schwarzenegger called in to promote his upcoming appearance on “The Late Late Show with Craig Ferguson” and to congratulate Howard on finally having a hotter wife than his: “[Maria] looks like a zombie now.” Howard wanted to know what he was doing on “The Late Late Show,” so Fake Arnold explained that he was going on as “Arnold Schwarzenegger” to discuss gay marriage – and then make out with George Takei.