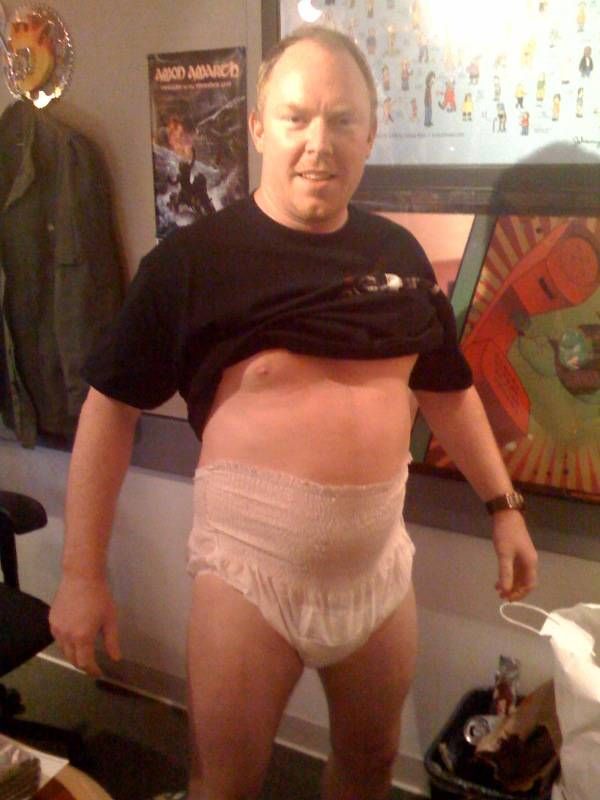 Howard asked Richard Christy how many diapers he brought to the Coheed & Cambria’s concerts he attended in LA over the weekend, so Richard said, “I brought four, but I only brought one pair of jeans, so I had to be careful.” Richard added that he also brought one pair of underwear, which upset Artie: “You know what, dude? I’m treating you like a slow person.” Howard asked Richard how long he wore the diaper, so Richard explained that he wore it all night after using it: “I’m used to it now.”