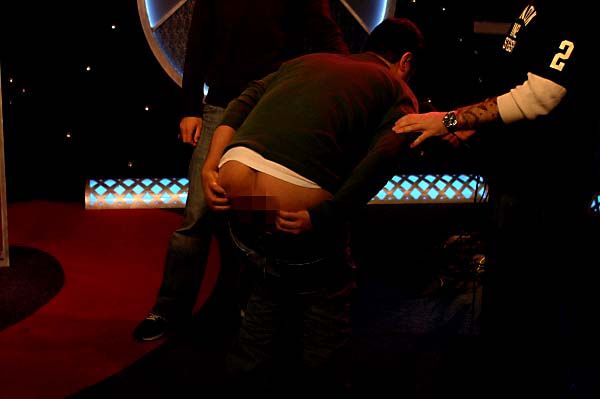 Gary then came in to say Sal had a big juicy hemorrhoid and might let Novak lick it. Sal disputed the story, saying he’d only do the stunt if the prize money was sweetened: “If you make it a grand, I’ll do it.” Sal then turned around and bent over to show the crew what they were paying for. Howard was disgusted by “something hanging there,” and Artie thought it looked like Sal was shitting out an eyeball. Even Novak refused to suck the inflamed ‘rhoid and Howard thanked him, remarking that he was scared of the health risks involved.