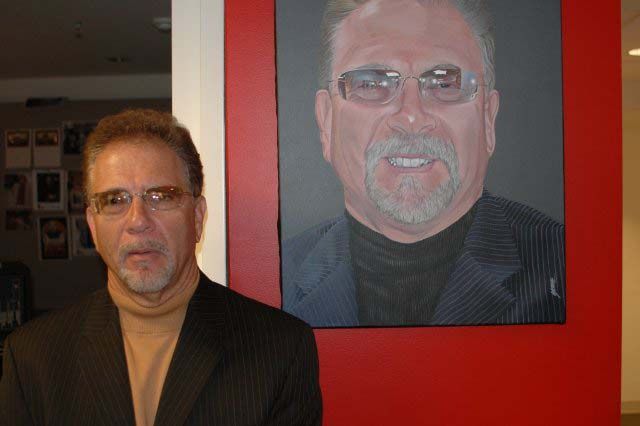 Howard remarked that his criticism of Ronnie the Limo Driver has changed him for the better – over the years, Howard’s ribbing has led Ronnie to jettison his weird turtleneck shirts, the Playboy bunny mudflaps on the limo and his old mullet hairstyle: “We’ve improved you.” Howard said his new target was Ronnie’s “Mambo” cologne – and then tested some of it on his wrist, laughing, “That’s a strong odor…that’ll take over any stank.” Sal came in to say it could be used to cover the smell of formaldehyde in a funeral parlor: “My fingers smell like Abe Vigoda.” Artie agreed: “It’s very seventies.”