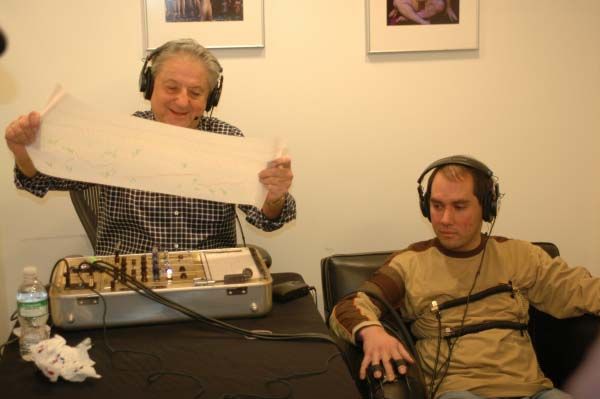 High Pitch Mike came in to announce that he had a meltdown after he failed Ed Torian’s lie-detector test last month. After Ed found his answer to the “Are you gay?” question to be deceptive, Mike listened to Brian McKnight’s “Never Felt This Way” on repeat and realized he was never going to experience the kind of love Howard and Beth or his parents share: “The song made me realize how lonely I was and how empty my life has been…it’s time for me to come out of the closet and admit…I am gay.”

Mike said he came out to a few people before today’s announcement, including his sister, Howard 100 News director Brad Driver and Artie, who was particularly warm and supportive. Mike noted that he also told his mother – even though she’d previously threatened to disown him if he was gay – and she surprised him: “There was anger and disappointment. I said I didn’t choose to be this way. No one chooses to be treated like a second-class citizen…she said, ‘I love you and I just want you to be happy…I want you to be happy in your life no matter what…I love you more than life itself.'”

Howard told Mike he was very brave (“I’m very proud of you and happy for you.”) and asked if Mike had ever been with any guys. Mike said he had: “My mom will listen to this…I don’t want to get too explicit.” Mike said he first knew he was gay in sixth grade and didn’t act on his desires until college: “I haven’t been dating actively.” Howard asked if Mike felt different, and Mike said he just hoped his could help other people. Mike then looked back over his previous segments on the show and admitted: “Going to a Michael Jackson concert, that’s being a child of the 80s. Going to a Madonna concert, yeah, that’s gay.” Robin wanted to know Mike’s type, so Mike explained that he wasn’t into flamboyant gay guys. Howard then predicted that Mike’s voice would eventually become lower, as high-pitched voices are usually the result of stress – and Mike has freed himself from its grasp. Mike welcomed the idea: “I hope you’re right.”