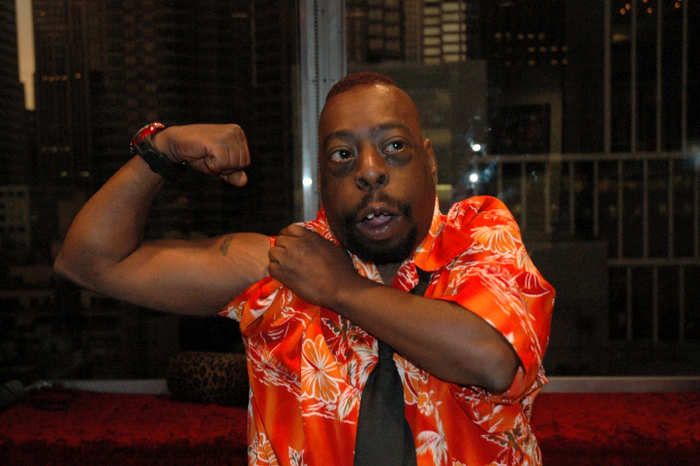 A caller named Debbie wanted to play a game, so Howard offered her the chance to play the Beetlejuice Barnyard Game. Howard explained that Richard and Sal played a bunch of animal sound effects for Beet and asked him to name the appropriate animal. If Debbie could correctly guess whether or not Beet would know just one animal by its sound, she’d win $1,000.

Howard then started in with the sound effects:

The sound of a cat’s meow. Debbie didn’t think Beet would know the answer, but Beet was ready with it: “It’s an f’ing cat! What the f’ are you doing?”

A duck’s quack. Debbie again guessed that Beet would be stumped, and Beet was indeed confused: “He’s a dog.”

Howard gave Debbie her $1,000 prize and decided to continue playing the sounds, as Beet’s responses were hilarious.

A turkey’s gobble: “I know that’s a chicken! You don’t have to tell me that!”

A dolphin’s squeak: “It’s a monkey. What else?”

An elephant’s blast: “Elephant, what?”

A snake’s rattle: “I don’t know what the f’ you’re talking about.”

Howard continued playing the game the next morning with a different caller. Here are the sound effects Beet had to identify for this round:

A rooster’s crow: The caller predicted that Beet would say it was a rooster or chicken, but Beet was stumped: “I can’t figure it out.”

A frog’s croak. The caller correctly guessed that Beet would know the answer: “It’s a frog!”