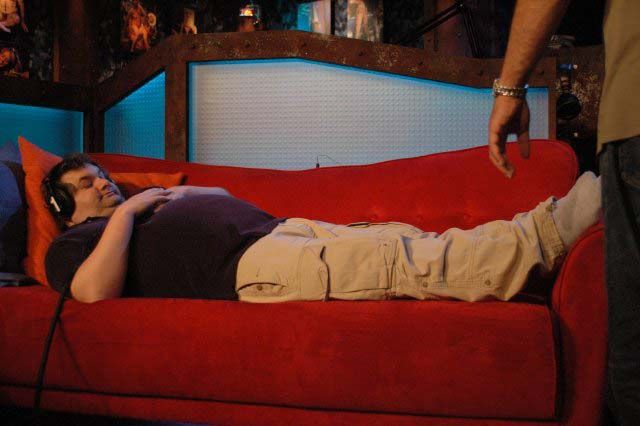 Artie confessed that he stopped seeing his therapist after the second visit – he has not, as he claimed, been visiting the guy twice a week for the last several month. Artie laughed: “The second time I left early…I felt bad for the guy. I wasn’t into it.” Robin was mock-shocked by the revelation: “He’s been lying!” Gary told Artie he had no credibility left, but Artie didn’t care: “Fine! Go f’ yourself…I feel bad, guys.” Howard just rolled his eyes: “Gee, I wonder what the Wrap-Up Show will be about today.”