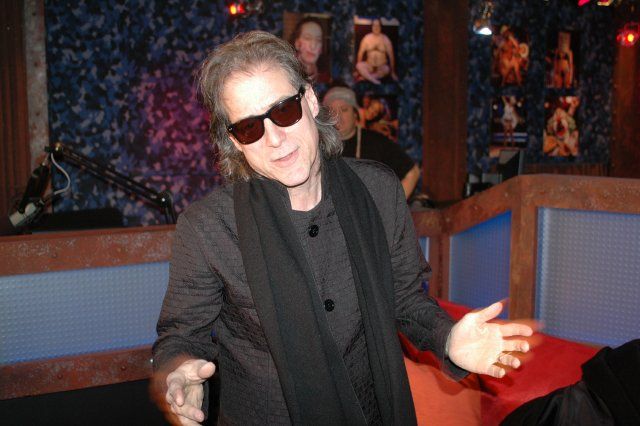 Richard Lewis stopped by to catch up with the gang and started things off by yelling at Artie for talking bad about his act – but apologized when he found out it was really Fred that had been saying things about his act. Howard asked Richard if he had OCD, as he’d heard that Richard repeatedly adjusted his sunglasses in the green room just before coming in. Richard admitted he was the worrying type; he also recently mistook a hernia for testicular cancer, telling an audience that he was about to die. Howard then briefly covered Richard’s substance abuse history; alcohol, speed, and – according to Richard – “something like coke.” Howard asked Richard about his “champagne addiction,” but Richard denied the story, saying he only drank champagne at weddings and bar mitzvahs. Howard countered that he’d heard differently, so Richard confessed that he would have “bottles at a time.” Howard then wondered what happened between Richard and his mother (the last time Richard was on the show, his mom called in and Richard had a breakdown), leading Richard to reveal that his mother didn’t understand his humor.

Howard wondered if Richard was still obsessed with phone sex, so Richard pontificated on the uncomplicated joys of phone sex; “After you [finish], you can just go have a risotto or whatever.” Artie told Richard that he was the reason he became a stand-up comedian, but Richard said Artie was making him uncomfortable, as he “doesn’t trust comedians – they steal.” Howard laughed that Richard’s weird behavior was par for the course; he even ends phone calls by just hanging up – no goodbye.