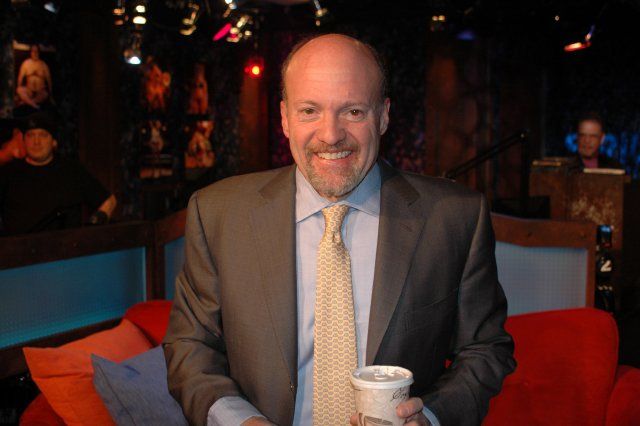 Jim Cramer stopped by to promote “Mad Money,” and Howard thanked him for his public support of the Sirius/XM merger. Jim said it was no favor; he believed the FCC was stalling their approval and scrutinizing the deal more than any other merger in history. Howard asked Jim if the delay might have something to do with his show, and Jim agreed, noting the polarizing effect Howard has on legislators. Howard asked Jim how he felt about the Superbowl, and Jim noted all the Giants players who love his show, like Michael Strahan, and said, “It was very difficult to not love last night’s game.” Jim said he was “too visible” to bet on the game, so Artie gloated about his own winnings. Howard wondered if Jim had any advice for Artie’s winnings, and Jim cited “housing,” Hudson City Bank, and Black & Decker as the hottest investments.

From Rags to ‘Mad Money’

Howard noted that Jim made over $100 million on the stock market, leading Jim to explain that he started with other people’s money and then, using his 20% commission, made nine figures. Artie wanted some more advice, so Jim recommended Disney, McDonalds, and (for Gary) holding on to CitiGroup stock until it hits $40/share. To everyone’s amusement, Jim also told Artie to avoid investing in CBS or any terrestrial radio stations.

Jim revealed that he made his first million at 31 and $21 million during his best year, adding that he started as a journalist before playing the market, but his gambling debts led him to switch careers. After returning to Harvard and earning a law degree, Jim interviewed for positions with both Giuliani and Mitt Romney but was turned away. A caller then asked Jim if he dated Erin, his “Mad Money” co-host, but Jim denied it.

Howard asked Jim if his marriage was still “hot,” so Jim admitted that he and his wife of 20 years had recently separated. Howard thought it would kill Jim to write the inevitable $50 million check, but Jim claimed he’d be happy to hand over the money – it’s losing his home that hurts. Jim then blamed his failed marriage on his dedication to work, adding that he’s a terror to work for; “I follow the Stalin model.”