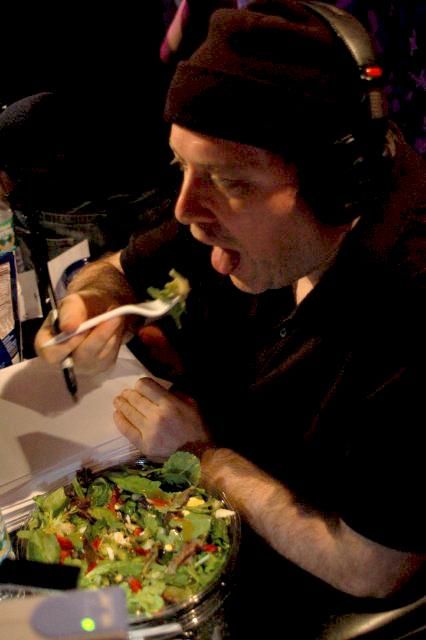 Howard admonished Benjy for doing shtick and being “funny” when no recording device was nearby, as it’s pointless otherwise. Doug Goodstein told a story about Benjy screaming at him in the street and telling passers-by to “get him!” Even Richard came in to say Benjy scared him sometimes. Howard thought that Benjy’s crazy behavior came from being ignored as a child, but Benjy denied it, though he did promise to stop running through the halls.