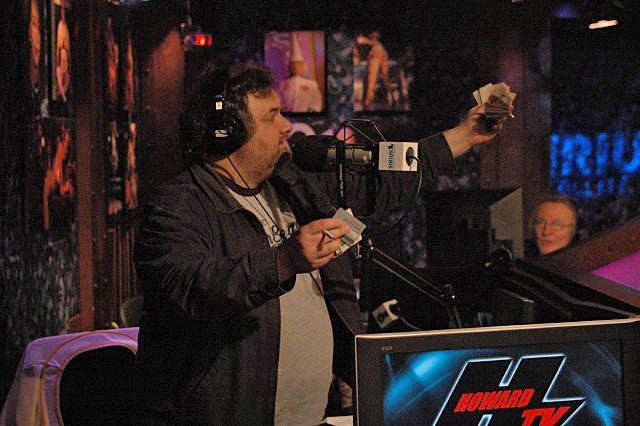 Howard and Fred noted that Eliot had a lot of enemies, which might’ve had something to do with why Eliot was investigated. Fred continued; “I think somebody dropped a dime on him.” Artie said Eliot’s mistake might’ve been that he low-balled the hooker, and Howard agreed, laughing that Eliot even shipped her from NYC to D.C. on the economy train. Gary came in to ask if Eliot should’ve tipped the whore, but Howard didn’t think so. Howard did admit that at the very least, “you don’t haggle with a whore.” Howard demanded that the crew make their predictions for Eliot’s near future: Robin thought Eliot would resign before the press and courts manage to map his entire sexual history, and Gary and Artie agreed. Howard also thought Eliot would resign, citing Gary’s argument; “He’ll never be able to get another thing done.” Only Fred said Eliot should hold out: “He should stay on; it’s a lot more fun.”