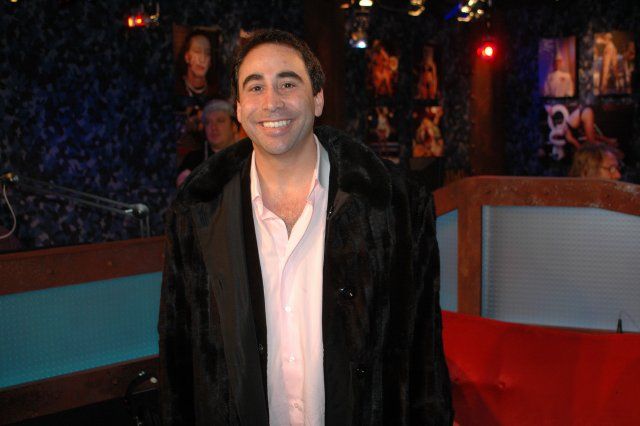 Howard welcomed Jason, the guy behind the New York Confidential escort service, to the studio to discuss the finer points of running whores. Jason told the crew that he was a lawyer who saw escort services as “a new trend” and possible loophole; “You’re paying for the woman’s time and companionship.” Jason added that he made a ton of money running a phone sex line before getting into the pimp business, just by inserting the word “free” in his ads, as it gets people to pick up the phone. Jason explained that he was living on $100,000 to $150,000 a month by borrowing against his future earnings, eventually losing over $20 million before Eliot Spitzer prosecuted his escort service. Howard asked if Jason had any high-profile clients, so Jason claimed he just had some wealthy clients – his girls only charged $1,000 to $2,000. Jason bragged that he even managed to bed half of his 120-strong harem by never demanding free sex; “If you play it cool, eventually they’ll attack you.”

Howard wondered how Jason was brought down, so Jason confessed that the police raided his office and found all the computer records. Jason added that he had to sit in jail for two years before he was able to make a plea deal. Artie told the crew that some escort services offer “girlfriend treatment” – in which the whore acts as though she’s in love with you – and Jason also recommended it.

Jason said he never ratted out or gave up any of his girls to the police; “The typical girl was just a Columbia student trying to make some extra money.” Howard asked if you’re supposed to tip a whore, so Jason told him that a girl already gets half the money charged, but some guys – about 30-40% – tip anyway. Jason also claimed that the “oh my god”-quality girls frequently ended up as clients’ wives.