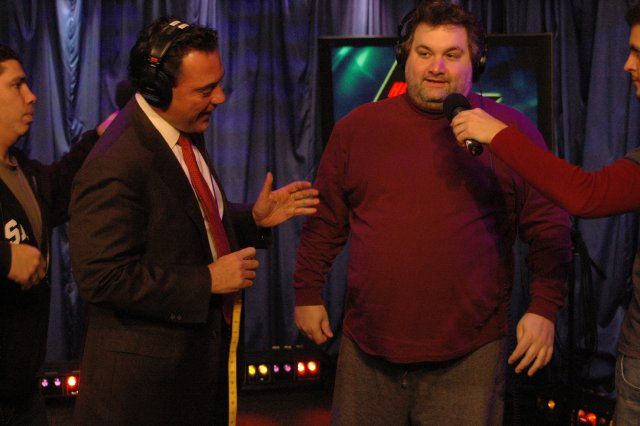 Howard started off the show taking a call from a listener who asked for Artie’s waist measurement, so Sal came in with a tape measure. Sal said he knew what to do, telling Howard, “I’m Italian.”

Howard wondered why Sal had a tape measure, so Sal explained that they used it to measure Beetlejuice’s penis. Sal then announced that Artie measured 55 inches, up from the 54 inches Dominic Barbara’s tailor Anthony sized him at for his Carnegie Hall suit last year.

Howard asked Artie if he jogged on the beach while he was in Miami over the weekend, but Artie confessed that he had not. “I replaced jogging on the beach with sleeping until 4 p.m.,” Artie joked.

Howard still detected a twinkle in Artie’s eye, but Artie refused to say whether he got laid, explaining he had “other issues going on.”