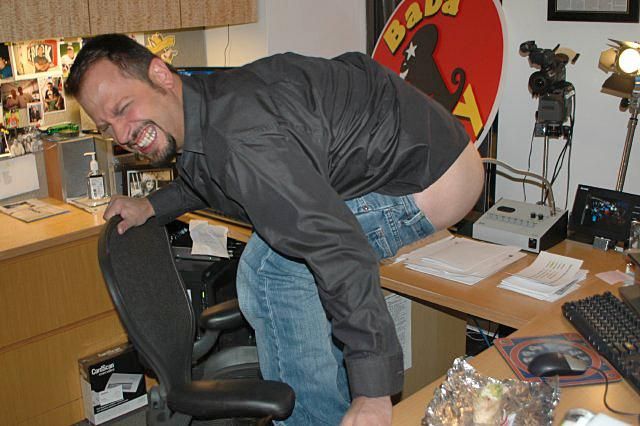 Gary told the crew that Scott DePace walked in on him while he was taking a dump this morning. Howard told Gary that a psychiatrist would say Gary wanted to be walked in on, adding that he’d never make such a mistake because he’s afraid of people seeing his tiny penis. Scott came in to say he was deeply disturbed. The HowardTV then cut to Sal imitating Gary’s squat, but when Sal turned around to show the camera his ass, everyone screamed in disgust at Sal’s hanging hemorrhoid.