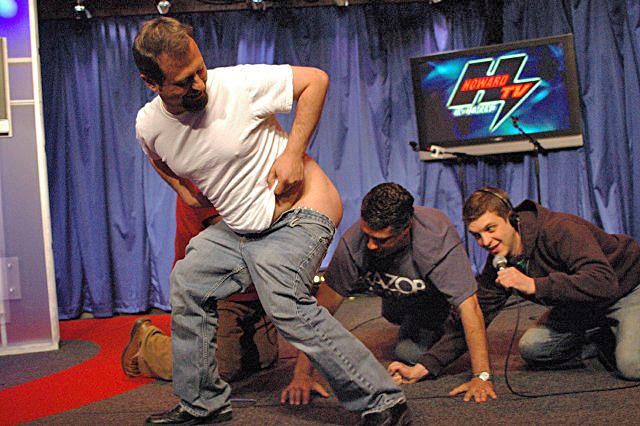 Howard and Richard wondered what was wrong with Sal’s hemorrhoids, so Sal came in to explain that the situation had become chronic: he’s already had two surgeries to correct the problem. Howard told Sal to only use the bathroom when he had to go; “Don’t push, man.” HowardTV then played their footage of the inflamed hemorrhoid on the in-studio monitors, leading Howard to laugh that it looked like a nipple coming out of Sal’s ass.