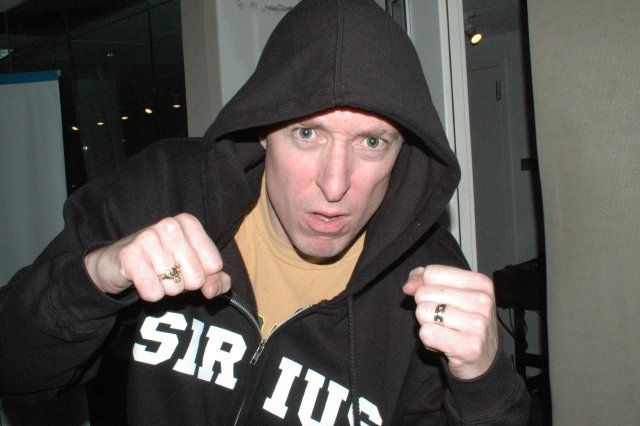 Howard started off the show noting that Scott Ferrall got in a fight at the airport in Canada. Gary came in to explain that Scott did pretty well in the fight until he fell off a curb mid-swing and broke his ankle. Gary added that Scott also got into a fight a few months ago on street near Sirius when some guy jumped him and split his head. Howard laughed at how wild Ferrall seems to be and didn’t think anyone should mess with him.