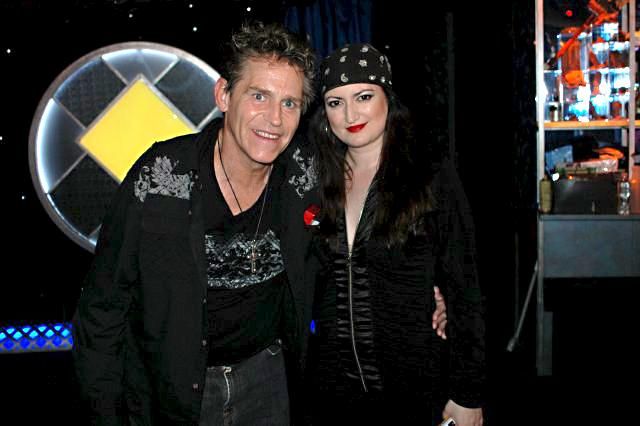 Jeff Conaway stopped by to promote his appearance on the new season of “Celebrity Rehab” and cited “Taxi” as one of the biggest mistakes of his career; “The first [mistake] was doing ‘Taxi.’ The second was quitting ‘Taxi.'” Howard asked what it was like to work with Andy Kaufman, so Jeff said Andy was a real asshole – so much so that Jeff once punched him in the face at the Golden Globes (after Andy spit in his face). Howard wondered if Jeff was an alcoholic in the “Taxi” days, but Jeff claimed it went back even earlier; his grandmother let him drink homemade beer when he was only 3. Jeff continued to recall the old days, saying he once tried to come on to Olivia Newton John but ended up going out with her sister instead because (he claimed) John Travolta asked him to let him have a shot at his “Grease” co-star. Jeff added that Olivia’s sister was “Hitler in a dress” who loved to “poke”/provoke him when he was drunk; “I shot the house up. I put the barrel in my mouth and fired but it wouldn’t fire.”

He’s Got a Knife!

Jeff told the crew he’s been reading some Scientology books that John Travolta sent him, but he couldn’t leave his girlfriend for four months (to attend Scientology’s rehab, Narc-anon). Jeff’s girlfriend confessed that Jeff likes (and she likes it too) to hold knives to her while they have sex, and, true to form, Jeff whipped out a giant knife; “We play the stranger game, we play the cop pulling her over for a ticket…” Howard then appealed to Ronnie the Limo Driver; “Did you not frisk him before he came in?” Howard asked Jeff about the leprechaun that lives in his backyard, so Jeff claimed “he” moves things around in his yard to confuse him. Howard laughed; “You realize people will think you’re insane when you say this.” Howard wondered if Jeff really assaulted Liam Gallagher of Oasis, but Jeff denied it; “We were backstage at a Marilyn Manson concert…he gave me a bracelet that said ‘love and peace’ on it. All I did was show him my switchblade.