Is the Jokeman a Sad Man?

Eric the Midget Wants to Flush This City

Is Lisa G a Virgin?

Beetlejuice Vs. the Iron Sheik

Beetlejuice Vs. the Iron Sheik 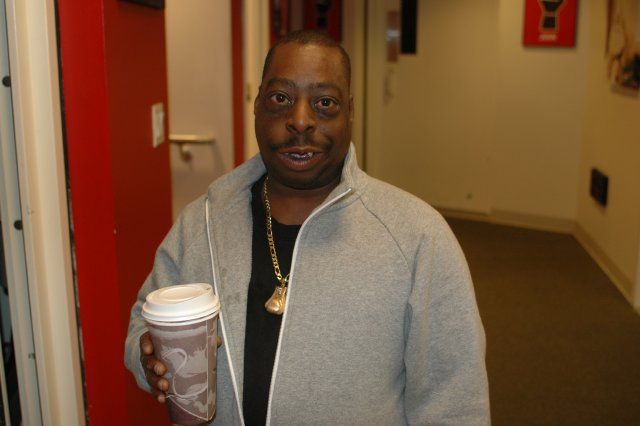 Beetlejuice stopped by and Howard began by asking if his finances were OK since Artie recently performed at a benefit for Beetlejuice’s welfare. Howard couldn’t figure out why Beet could be so bad off and Beet wasn’t sure either, claiming he just bought “the biggest house in the world” in Florida. Beet then told the crew about being charged $200 by a stripper for a $20 lap dance.

“I was just sitting there,” Beet said. Howard explained that Shuli intervened on Beet’s behalf and smoothed things out.

Howard got the Iron Sheik on the phone to discuss sharing a hotel room with Beet when they were on tour with the Killers of Comedy. “It was the worst night I ever had … that jabroni never shuts up!” the Sheik said of Beetlejuice.

Beet shouted back that the Sheik was being ungrateful for the Killers’ help. “He walks around blaralarah all the time naked … [he] cries like a little bitch … what happened when that guy beat your ass when you got off stage? My friend had to help you!” Beetlejuice yelled.

The Sheik said he’d never share a room with Beet again, so Beet shot back that he’d stop helping the Sheik when he gets in fights. Beet told a story about a naked Sheik getting kicked out of their hotel, and he wasn’t lying – HowardTV brought up footage of a naked Sheik on the in-studio monitors.

While he was screaming, the Sheik suddenly dropped out, but when the crew listened closely, he was still on the line, just yelling at someone in the background for interrupting him.

“Everybody’s tryin’ to help him. He tell the guy he was going to kick his ass, so the guy walked up to him and flipped his ass,” Beet said of the Iron Sheik.

Howard was surprised by Beetlejuice’s reaction. “I’ve never seen Beet so rational.,” he said. Sheik eventually got back on the line and began screaming about being “the killer in the ring.” Beet was amused by that proclamation.

“And then Shuli gets you high and you walk around naked,” Beet joked.