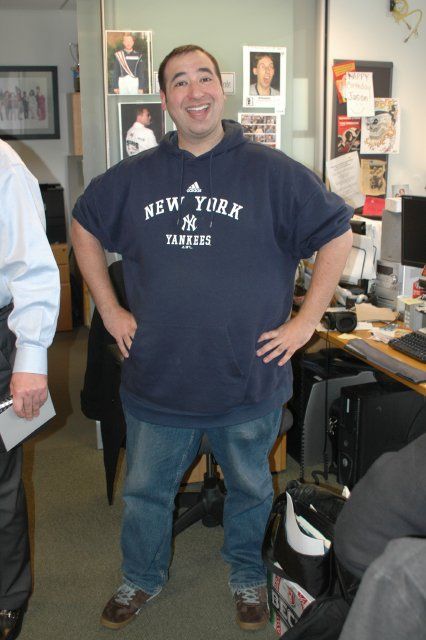 Gary came in to tell the crew that Jason recently asked him for time off so he could go sleep on the White House lawn in protest of the war. Howard said there was no way Jason could have the time off, and Gary agreed: “That’s what I told him.” Jason then came in to defend himself, saying he didn’t know what else to do, but no one thought he would help things by drooling on the White House lawn.