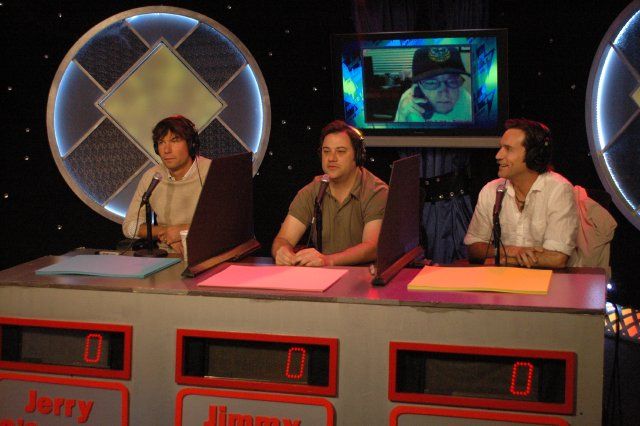 Eric the Midget called in to say he hated Jimmy because he made fun of him recently, but he does like Jerry O’Connell: “Jerry Ma…Guire…was a pr…etty good movie.” Jerry thanked Eric – but Howard cut off his celebration to ask why he wasn’t at home impregnating Rebecca Romijn. Jerry said he wanted to have kids with Rebecca, but he wasn’t sure if he’d discuss their efforts on the air. Jerry then confessed that the crew of his old show used to call him “Stamos” on the set.

Don’t Blow Your Balls Off, Kevin!