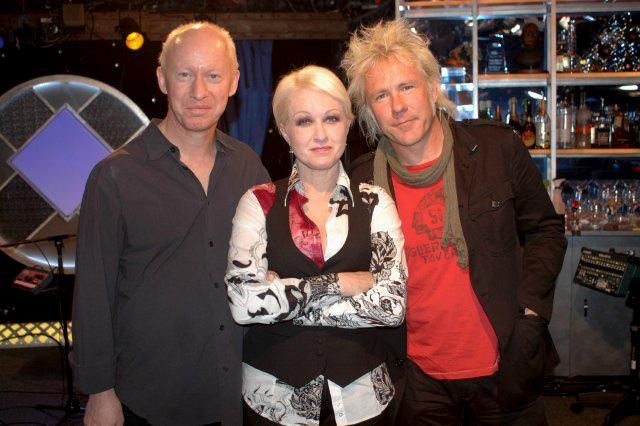 Cyndi Lauper stopped by to promote her True Colors tour, and Howard immediately went on the attack: “Are you good in bed?” Cyndi would only say she was “very busy” and a “passionate woman.” Howard then wondered if Cyndi ever had sex with another woman, but Cyndi paused – for a long time. Howard eventually said, “So that’s a yes,” and Cyndi buckled, admitting that she experimented when she was younger. Howard told Cyndi that “True Colors” always makes him cry, so Cyndi said the song has been the inspiration for a lot of people, especially those in the gay community. Artie ignored the set-up. Howard asked Cyndi why she’d never picked up on the African-baby adoption “trend,” and Cyndi said it really wasn’t that bad a trend – but Howard cut her off and told her to tell the story of her first lesbian experience.

Cyndi was shy about revealing much about her sex life, but she did admit that the first girl who she had sex with blew her mind: “I thought it was fascinating.” Cyndi then performed “All Through The Night,” Howard told Cyndi, “You still sing like an angel…I got goosebumps.” Cyndi demurred: “It could be the temperature in here, Howard. It’s pretty cold.” Cyndi then told the crew she didn’t drive “because of those ugly mergers.”