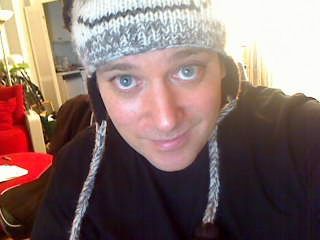 Howard noted that Benjy had unexpectedly walked out of the studio in the middle of a conversation. When Benjy returned, he explained that he accidentally put one of his contacts in the wrong way. An irritated Howard told Benjy to “leave everything alone,” but Benjy saw an opening and began to explain that he was more comfortable wearing contacts than glasses. Howard quickly became bored and cut Benjy off. Later, Steve Langford reported that Benjy had already confessed that his in-studio hygiene habits were really his odd way of staying in the limelight.