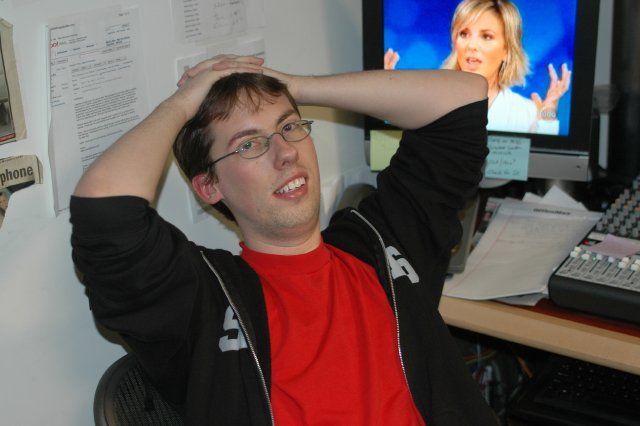 Howard made JD listen to Verne’s sexual history and asked him if he was jealous. JD said he wasn’t doing that bad: he got laid a couple weeks ago. Howard thought JD was lying, so JD explained he’d reconnected with a girl he’d met “a while ago.” Verne told JD that being successful with women was as simple as being yourself, but Howard thought differently: “[For JD], that’s the problem.” Eric the Midget then called in and – after yelling at the crew for mischaracterizing his condition – asked Verne Troyer about how he got his film career started. Verne said he started doing stunt work, but his advice was lost on Eric, who still refuses to fly with balloons.