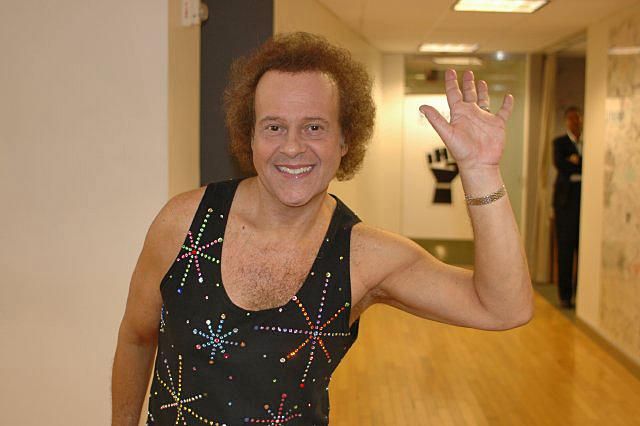 Richard Simmons called in to promote his children’s health initiative, Fit Kids, which led Howard to ask if the health guru’s body has slowed down. Richard said he was still going strong at 60 and teaching the same exercise classes he’s taught since he was 25. Howard threatened to start calling Richard his real name – Milton Teagal – and Richard owned up: That’s fair. Richard then announced that he’ll be testifying in front of congress about Fit Kids. Howard asked Richard if he was tortured in P.E. as a child, and Richard said he was: There was a big jock…every day after gym, he would take a bat and hit me in the head until I hit the floor. Howard was surprised that Richard didn’t die during the assaults and speculated that they were fatal but the person killed was Milton Teagal. Richard avoided the subject, saying he stopped harassment by simply confronting the bully and standing up for himself: All the other children clapped.