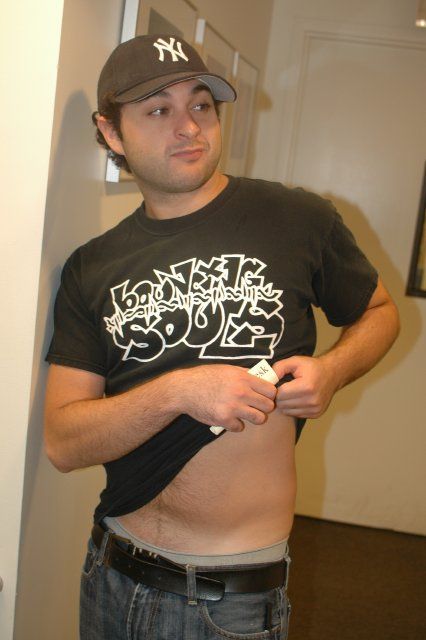 Howard started off the show noting that Robin had a new hairdo today, so Robin said she went to the beauty parlor the other day and liked the pulled-back look. Howard then played a clip of (a rather aggressive) Robin telling Gregg the Cameraman that he’d probably had “amazing things going on” underneath his shirt – a comment Howard said he could never repeat to a female employee. Artie was particularly shocked by the clip: “My god!”

Eric the Midget is Proud of Fred