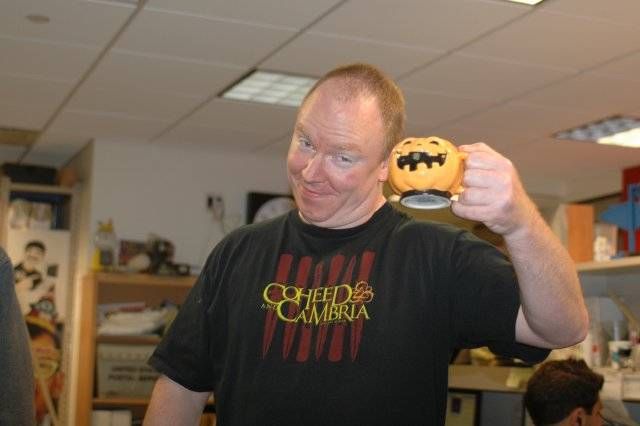 Howard told Richard Christy to dial back the Halloween decorations in his office, as his office mate wasn’t as interested in the holiday as him. Richard, however, shot back that he has to put up with the pictures of Sal’s balls, so he didn’t think a few Halloween decorations were a big deal. Gary laughed that Richard has never carried around anything other than a paper cup but now he’s carting around a big pumpkin mug. Richard admitted, “I’m proud of Halloween. It’s like heavy metal. There’s a small group of people who’re into it and we stick together.” Richard added that he and his girlfriend went to Pennsylvania last weekend to visit the state’s great haunted houses.