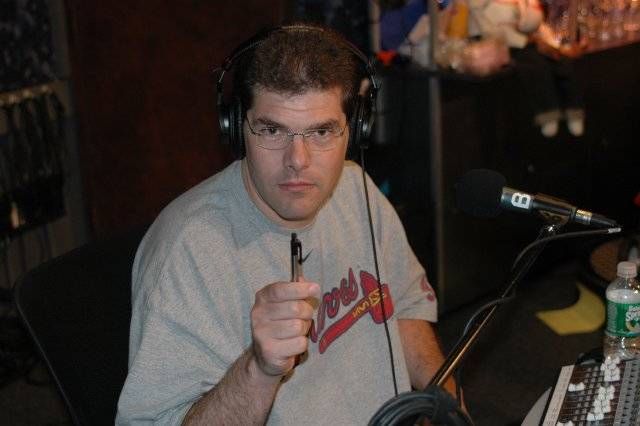 Artie voted for a Jon Hein real doll: “And I want to watch that doll never jerk off…It’d be my new assistant.” Artie added that he’d be happy to f’ the doll, but not on camera. Gary and Howard went over some of the other popular ideas: Robin, Elizabeth Hasslebeck, Kathie Lee Gifford, Rosa Parks, Coretta Scott King, the Bush twins, Mariah Carey and Katie Holmes. Fred listed a few more: Wendy the Retard, Eric the Midget and Steve Langford. Richard was in love with the Steve Langford idea: “The doll has to have a huge penis.” The crew then voted for their favorites. Sal still wanted a Lisa G double and Richard a Ronnie. Lisa G thought she’d like a faux-Jon Hein. Artie also voted for Jon Hein: “Because he’s so not sexual.” Jon came in to say he was flattered by Artie’s vote: “It wouldn’t bug me.” Howard registered the deciding vote for Lisa. Lisa said she wouldn’t be willing to submit to the full-body mold: “The texture and the firmness [of my body], even though it is firm, isn’t like it used to be.”