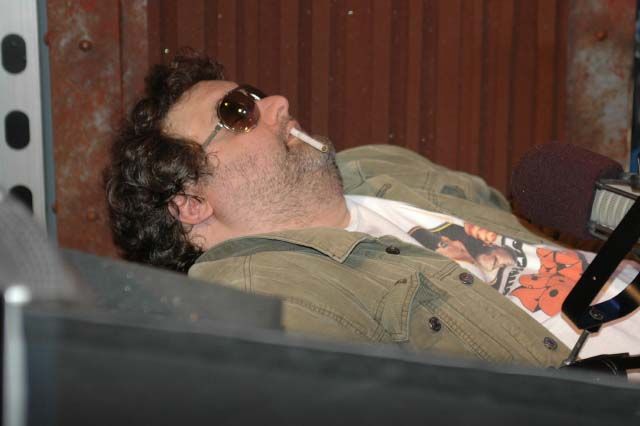 Artie started off the show defending the wellness center where he’d been staying in Miami: “To me, it was a rehab, because I had to stop whatever I was doing immediately…it’s a heavy place. You gotta go to meetings and shit.”

Artie added that his blood tests distressed the facility’s doctors, and the wheatgrass enemas were actually effective: “You’re supposed to hold it in there for as long as possible…I got applause for one of ’em.” Robin explained that the method Artie described was called a “retention enema,” so Artie replied that all he was retaining was his hatred for Robin: “The first enema was hurting my ass…but [the therapist] had it in me, so I took an eight-hour shit…it sounded like a machine gun. It was the most relaxing…I lost weight from shit! My waistband [size] changed.”

Artie said he was even able to reach a therapy breakthrough without the help of a synthetic withdrawl-inhibitor: “I never in my life have gotten past that fourth hell day. I always pussy out and take a Subutex…I had eight days of raw food, man. For me, that’s hard time.”

Drug Tests for the Baby Gorilla

Artie complained about the show’s lengthy discussions of his absence, leading Howard to say his hand was forced: “I can’t say to my audience, you know, ‘Artie’s not here, we don’t know what’s going on.'” Robin asked why Artie’s return date kept bumping up, so Artie explained that he’d promised his sister he’d stay three weeks – she’s now not talking to him because he came back early – but he had to be in NYC to facilitate an upcoming Rolling Stone profile. Howard wondered where Artie was trying to head with all this, so Artie joked: “Book two…I’ll tell you what, the first drug test I fail, I’ll leave the show.” Robin didn’t think that was a good idea, and Howard agreed: “If you fail your drug test, you have to make out with High Pitch Mike…[or] you gotta go to a real rehab for a month. 30 days, locked down, and we get to pick the rehab.” Artie agreed to the rehab terms and blamed his recent troubles on a girl he’d met: “She’s a bad influence…she’s what you call fun.” 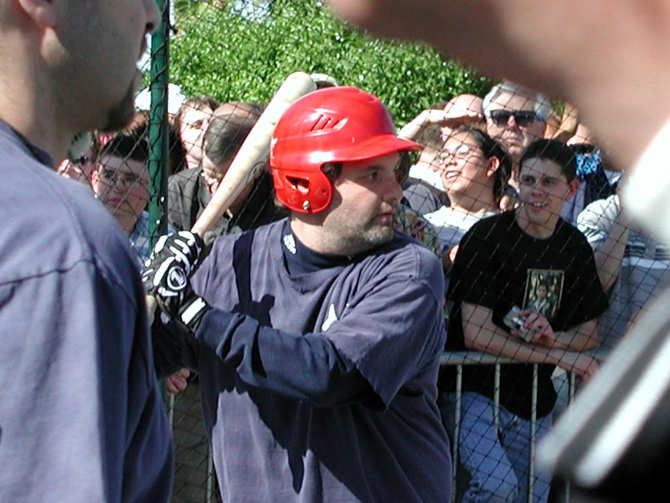 Howard told Artie: “I agree with [the theory] that you haven’t hit rock bottom. You’re doing too well. The book’s still on the bestseller list…” Howard then switched gears, asking about the pictures that surfaced of Artie walking around in Miami with a baseball bat in hand, so Artie explained: “I would take a walk every morning and I took a bat along and I would swing the bat every once in a while. Just for exercise.”