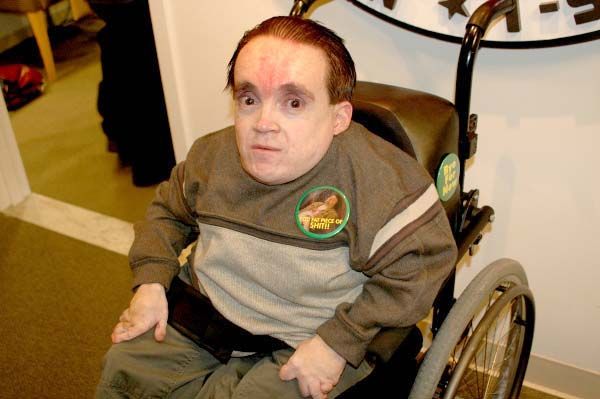 Eric the Midget called in to say he saw Beth O at a Criss Angel show in Las Vegas over the weekend. Howard confirmed Beth’s presence at the show and asked what Eric had done besides stalk his wife. Eric said he’d also “checked out the different hotels and played the slot machines a little bit.”

Eric did say that he wanted to go say hi to Beth but his parents didn’t want him to because they were afraid she’d be mean to him.