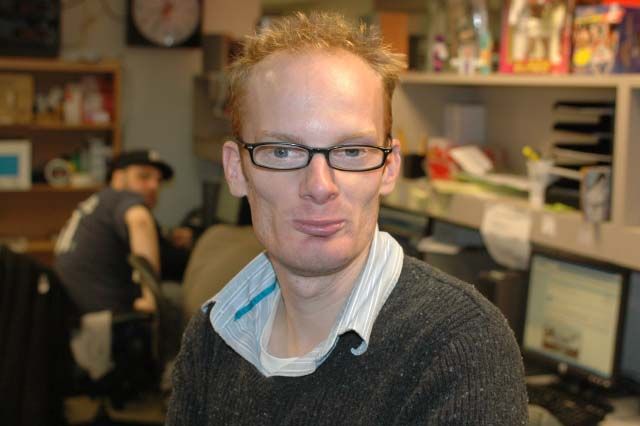 Medicated Pete came in to accept Rich’s offer and the crew immediately took note of his “new look,” which Pete explained was just “some Redken stuff” in his hair: “I actually do this from time to time.”

Howard asked if Pete was beating off a lot since his recent visit to Rick’s Cabaret, and Pete confirmed it: “Quite frankly, I am. And quite frequently.”

The crew wondered if Pete should be kept away from Rick’s, but Howard didn’t think he could deny Pete the lapdances: “He’s gotta go to Rick’s. He loves it.” Howard laughingly referenced the freakishly-high number of times the lapdances got Pete to come in his pants: “But I’m putting you on a 3 load limit. After you blow 3 loads, you’re out.”