‘Behind the Bell’ with Dustin Diamond

‘Behind the Bell’ with Dustin Diamond 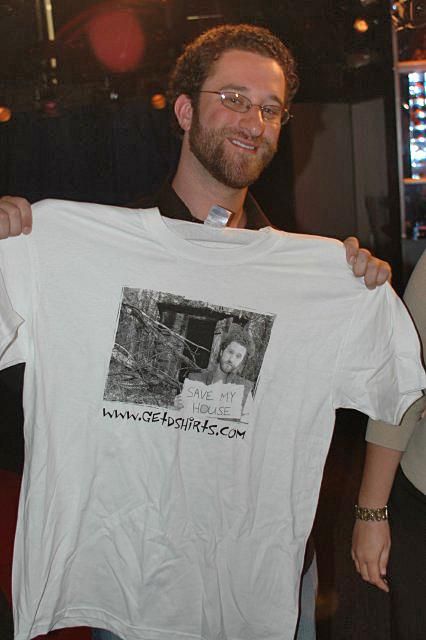 Dustin Diamond called in to promote his new book, “Behind the Bell,” about his days as “Screech” on “Saved by the Bell.” Howard asked about Dustin’s bizarre behavior on “Celebrity Fit Club,” so Dustin explained: “If I can out-crazy Gary Busey, I’ve done my acting job well.”

Dustin then broke down some of the revelations in his book – like his co-stars sleeping with everyone but him: “I started going for the extras.” Of the on-set “Saved by the Bell” pairings, Dustin revealed that both Mario Lopez and Mark-Paul Gosselaar had banged Tiffani Amber Thiessen – but only Mark also tagged Elizabeth Berkeley. Howard read a description of Tiffany from Dustin’s book: “Saved by the Bell’s set whore and Hollywood’s pass-around girl.” Dustin said Mark was a big douche back in the day: “He actually grew up and mellowed out.”

Dustin said Lark Voorhees had also changed since the show, citing an incident in which she flinched anytime a man spoke to her at a DVD commentary taping: “My thought is, Ok – who’s beaten the dog?” Howard speculated that the book would prevent Dustin’s castmates from ever speaking to him again, and Robin laughed: “It doesn’t sound like he was hearing from them before.” Howard’s last question was about Dustin’s claim that he’d slept with 2000 women, but Dustin dodged: “I’m a storyteller.”