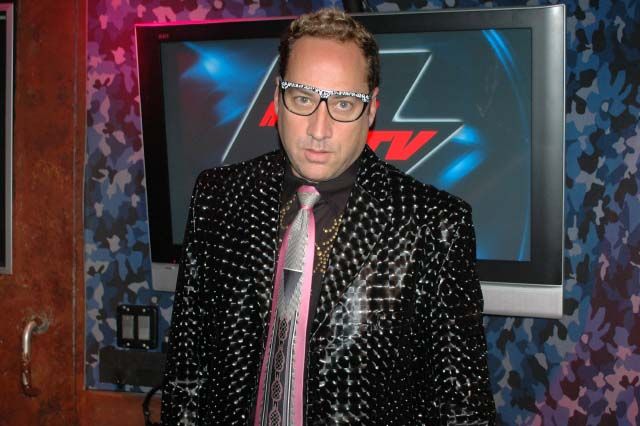 Celebrity scandal biographer Ian Helperin stopped by to promote his latest book, ‘Brangelina: The Untold Story,’ about the rocky lives and relationship of Brad Pitt and Angelina Jolie.

Ian said he went to great lengths to research the book, even checking into the same mental hospital Angelina had stayed in under the name ‘Billy Bob Jackson’ (a salute to Angelina’s ex-husband and Michael Jackson).

Ian listed a few of the allegations in ‘Brangelina,’ saying he’d sleep naked in Times Square for a month if anyone could disprove them: 1. After their public make-out session, Angelina’s management decided she should never be seen with her brother in public again: “And they’re still very close.” 2. The strict media control regime has ruined Brad’s looks (“He looks like a wreck.”) and turned him into a heavy pot and alcohol user. 3. When the couple met on the set of ‘Mr. & Mrs. Smith,’ the crew was shocked by the chemistry: “They said they’ve never seen two people more compatible from the get-go.” 4. Brad doesn’t even take care of the kids – a hotel patron once overheard one of the Jolie-Pitt children call a nanny ‘Mommy.’ 5. Angelina is “definitely bisexual. There’s no doubt about that.” 6. In college, Angelina once hired a hitman – to kill herself: “She said she had nothing else to offer the world and she hired a hit man.” 7. The relationship is at its end: “12 to 18 months and kaput.”