Riley Martin is Back … To Complaining 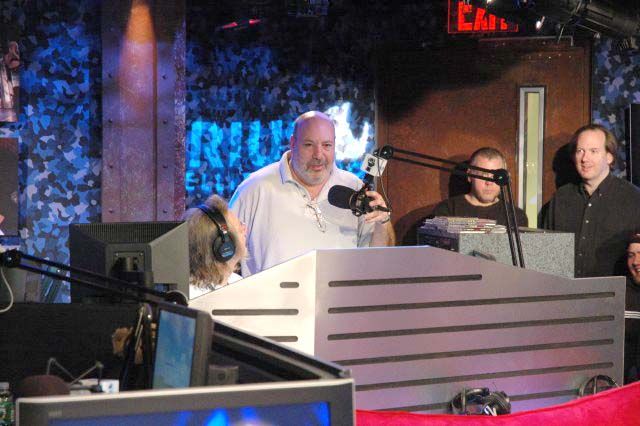 Scott the Engineer came in to tell the crew about his DJ gig in Vegas at the Pure nightclub at Caesar’s Palace, saying they flew him out (but not first class) and put him up in a killer suite: “They treated me like a rock star.”

Howard played a few clips of Scott’s lame mid-set banter: “Alright! How ya’ll doing? Everybody’s at Pure…we’re gonna party all night long!” Scott confessed they didn’t actually party all night: “It was just an hour.” Robin wondered if he might play a longer set next time, but Scott shrugged: “Maybe another 5 minutes.”

Howard laughed at the poster Caesar’s Palace had used to promote the gig, as it included an odd-looking picture of Scott: “Who is that guy? That looks like Celine Dion’s husband.” Howard also sympathized with the guy who “helped” Scott “spin” records: “I’m sure DJ Hollywood was glad to have you there. It must be tons of fun to spin with you.”

Scott thanked the casino: “They treated me like a VIP. I told them they didn’t have to.” Artie laughed: “No one else does.” [Later, on the Wrap Up Show, a caller speculated that the casino benefited by exposing all the gamblers to Scott’s black cloud.]

Will Lost the Belly-Shirt Bet