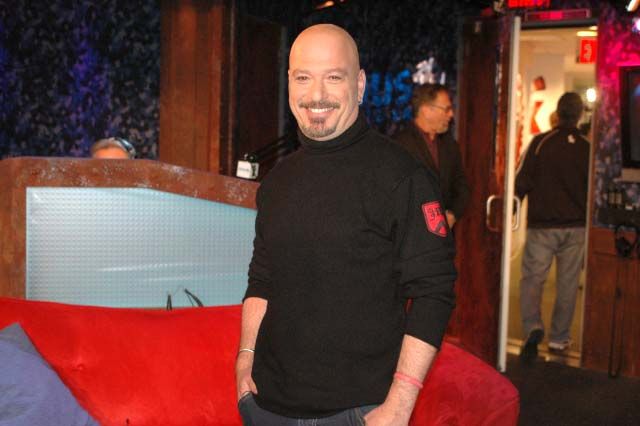 Howie Mandel stopped by to promote his new book ‘Here’s the Deal: Don’t Touch Me,’ and confessed that he could no longer use Purell anti-bacterial lotion because he’s used so much of it that he’s destroyed all the antibodies on his hands and has started getting warts as a result. Howie said his OCD has also gotten in the way of his recent book tour, as he’s afraid to greet fans and sign their books: “I wore a mask yesterday.”

Howie told the crew he’d once even built a second home in his old house’s backyard to avoid his family’s germs when they were sick – at any given time, he was the only one allowed inside. Howard sympathized, saying he’d dealt with OCD himself, but Howie complained that it was almost insurmountable.

He’s gone so far as to buy a $6,000 toilet that opens and closes itself and has a bidet built-in: ‘It’s like a power wash. It’s like sand-blasting…I turn the pressure up so high, I’m actually hovering. I’m hovering on a geyser.”

He Even Launders His Cash

Howie said he washes any cash before he touches it, explaining that he has his wife put any bills in his pants pocket before they go through the laundry: “I’ve never been to an ATM.” Howie said the disease could be the death of him: “I don’t touch handrails. I fall a lot.” Howard asked why he had to keep himself in a metaphorical prison, so Howie shrugged it was just a way of life for him: “I don’t sleep. I have the TV on all night. I’m never comfortable.”