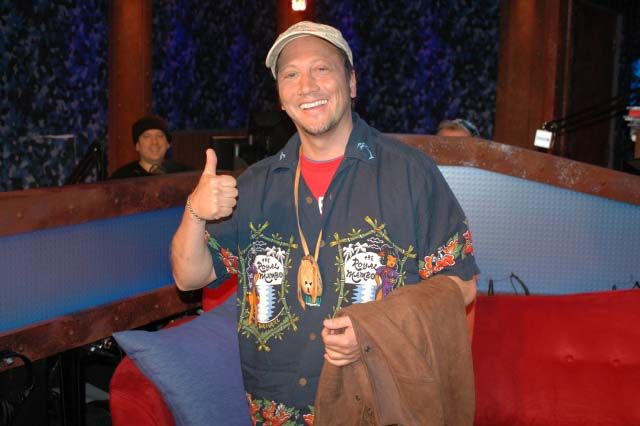 Rob Schneider came by to promote “Big Stan” (which is about a guy who becomes a kung fu master prior to going to prison) and said he was disappointed that the film never saw a theater release. “The company that had [the rights] went bankrupt,” Rob explained.

Robin asked if Rob would ever sell out and do a children’s movie. “Yeah, if I have to,” he answered. “There’s no agency keeping track of people’s integrity.”