Lisa G is Wild and Crazy

Sal is Now a ‘Laborer’ 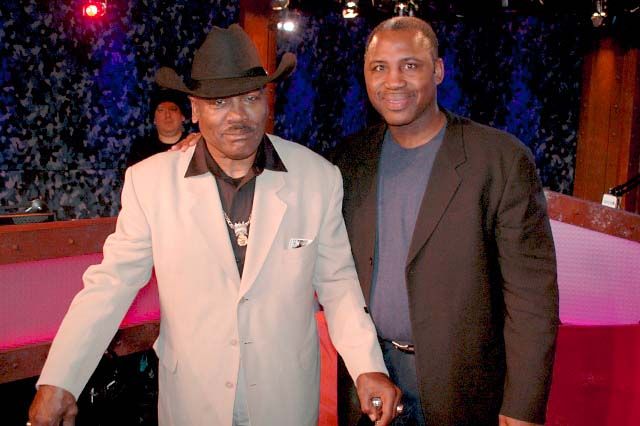 Joe Frazier and his son Marvis stopped by to promote HBO’s “Thrilla In Manila” documentary and Howard asked Joe if he was true victor of the Ali-Frazier fights: “You can talk and walk and the other guy…he turned the black people against you. He called you an Uncle Tom.” Joe dismissed Ali’s attacks, saying that Ali was “light, bright and almost white.”

Howard asked Marvis if it was tough being Joe’s son when Ali was vilifying him in the press, and Marvis admitted it was: “Everybody and their sister would beat you up because you were Joe’s [son].” Joe also regretted that he listened to his trainer and refused to go out for the last round of the “Thrilla In Manila” fight, as Ali was unable to stand, but Robin thought he made the right choice: “Everybody’s alive today because of it. You two could’ve killed each other.” Joe laughed: “He may be alive, but he can’t walk.”

The Champ Doesn’t Go Down

Howard asked Joe about his sex life, so Joe laughed that, when he takes unattractive woman to bed, he will put a pillow over her face – but leave her with a little room to breathe: “Just enough.” Joe also said he’s never given a woman oral sex: “I stay above the navel.” Marvis laughed: “You’ll never hear, ‘Down goes Frazier!'” Joe then invited Robin to go dancing: “We can go out boogey-ing.”

Richard Christy Cries for his Pets