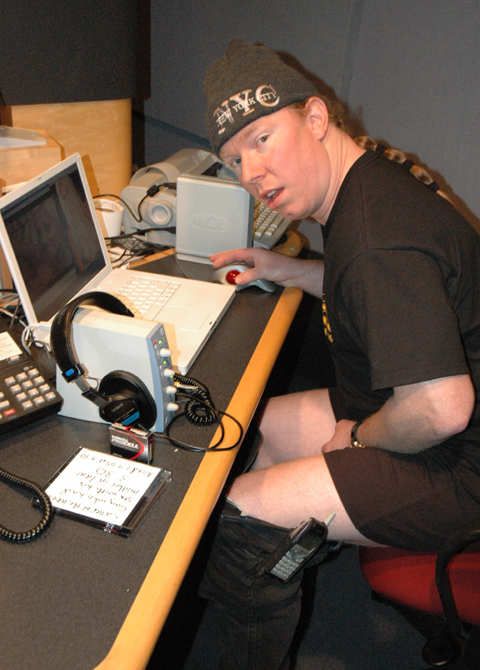 Richard came in to say he sniffed one of the bras Robin donated to the show and “I gotta ask Robin what kinda perfume you use on your knockers because it smelled delicious.” Robin claimed the scent was just laundry detergent: “They’d been laundered and put in a drawer.”

Jason came in to say he was surprised by the bra’s size: “Those cups could fit right over your head. Your whole head.” Jason took off his shirt and tried on one of the bras but he was too big, so Gary lent a hand, accidentally touching Jason’s armpits in the process: “There’s this crap on my fingers now. I’m gonna go wash my hands.” 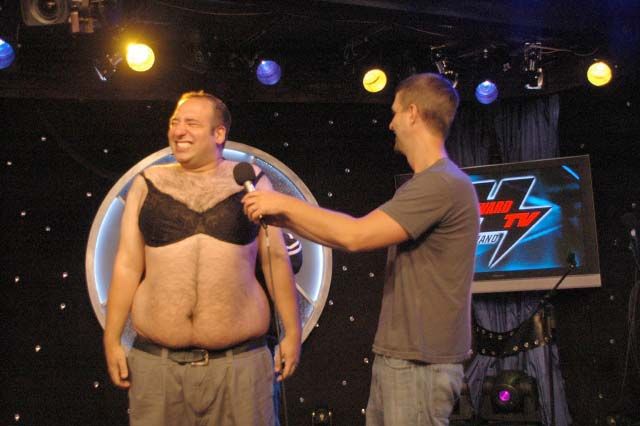 Artie also tried one on: “At this point, I’m not Calista Flockhart, but I’m smaller than Jason.” After donning the bra, Artie added: “I’d like to note that I have a young, very beautiful girlfriend…this could hurt my film career.” Howard laughed: “What film career?” 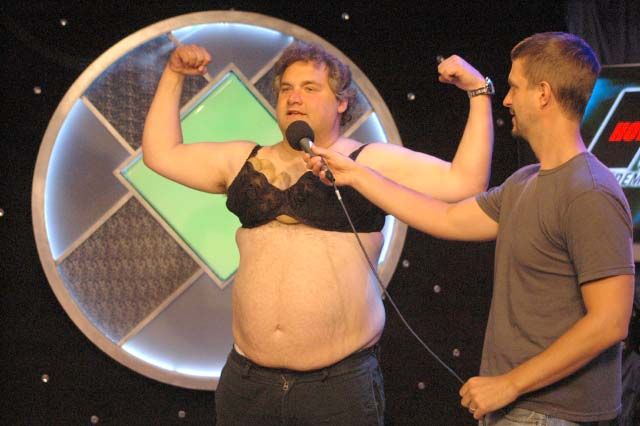 Half of the Potato Test

Gary brought out a few potatoes to test the bra’s limits and eventually stuffed 5lbs of them into the cups strapped to Artie’s chest. Howard asked to try more than 5lbs, but Gary couldn’t find anymore, as Doug Goodstein had apparently sent them home with HowardTV staffers the day before. Howard was irate: “I got this Doug Z. Goodstein back there running the show with those f’ing eyes!” 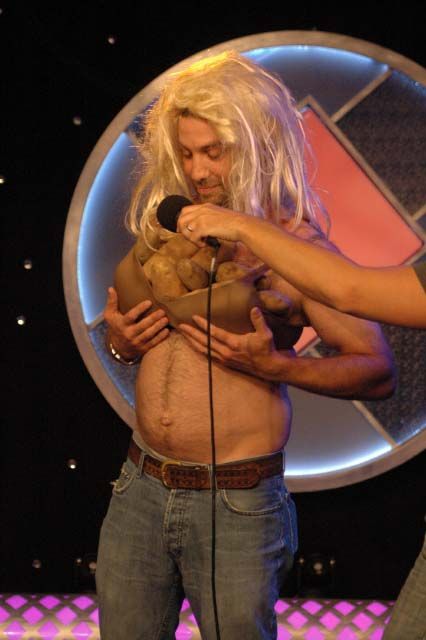 Howard then asked Gary who should be fired for this gaff and Gary went with Doug, as he was ultimately in charge. Later, Doug came in with another 5lb bag and said they’d been ready for the stunt on Monday and Tuesday, but he was worried about keeping the potatoes around for longer. Howard didn’t care: “Oh there’s a timetable? I didn’t know that.” Doug claimed he was concerned about attracting mice, but Howard doubted mice were anywhere near the 36th floor studio: “The bit is ongoing until I say it’s over!”

Howard then asked Doug to try on the bra in order to keep his job, and Doug relented. Gary stuffed the bra with potatoes – reaching the limit at 10lbs. Howard laughed: “You look cute.”