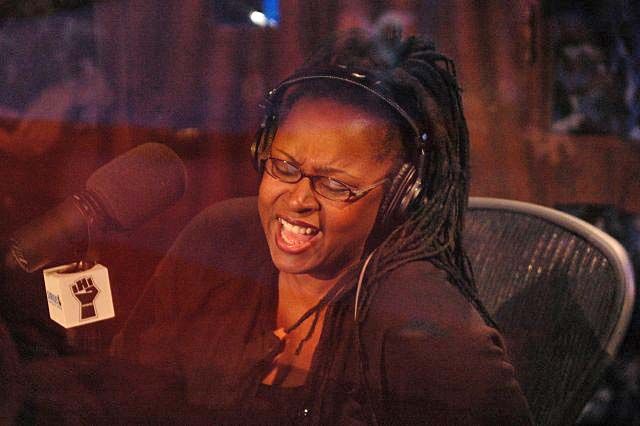 Howard repeatedly asked Robin if she was carrying on a romance with someone in Miami, but Robin was slow to reply: “I’m trying to think about an answer to that question.” Robin later admitted: “I have friends in Miami. I love my friends.” Howard wondered if he could ask Beth O what she knows, as the two frequently talk and have dinner together, but Robin’s lightning-fast response was revealing: “NO!”

Later, when Beth stopped by, Howard asked anyway, but Beth refused to reveal anything: “I am not answering this question.” Howard tried a different tack: “Would it be something that’s good for the show?” Beth answered immediately: “Yes…When she’s ready to talk about it, she’ll talk about it.”