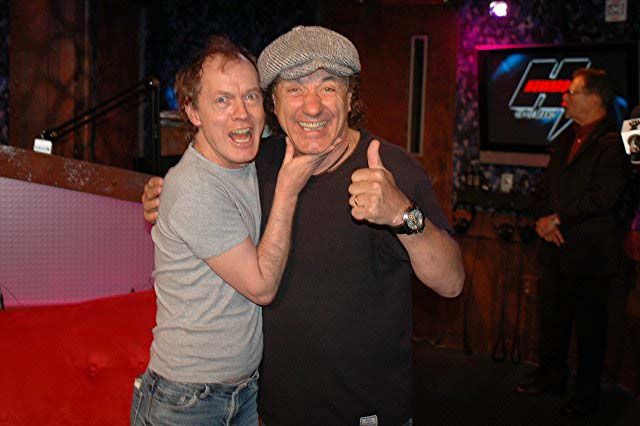 ACDC lead singer, Brian Johnson, called in to promote his upcoming Giants’ Stadium concert and Howard asked him about his profanity laden dinner conversation with Jim Breuer and his wife. Brian laughed off the story and somehow transitioned into an anecdote about “motorcars.”

As everyone expected, Brian’s gravelly and heavily-accented voice was difficult to understand, especially over the phone, but he was able to squeeze in a plug for ACDC’s upcoming concert: “Don’t be shy! Your momma wouldn’t!”