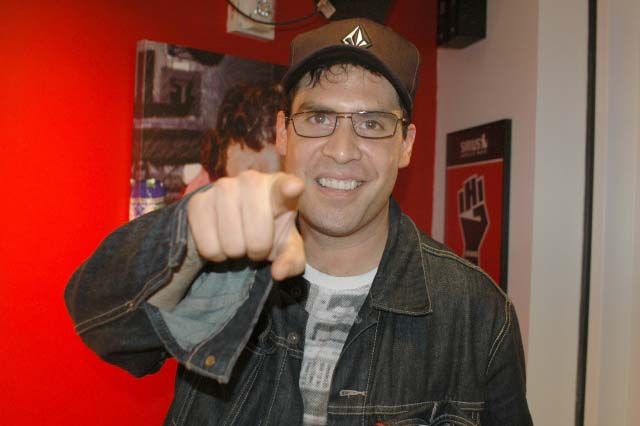 Pablo Francisco stopped by to promote his new stand-up DVD, “Ouch,” and told the crew about being the guy who replaced Artie on “MadTV,” laughing that producers told him Artie had left to pursue “a movie deal,” adding that they had to assure him that his dressing room (which had previously been Artie’s) need a little work.

Pablo said he only lasted 7 episodes, but noted that he wasn’t alone – even the show’s veterans weren’t sure if they’d be returning the next season: “Orlando [Jones] was like, ‘I don’t know if I’ll be back.'” Pablo then breezed through a series of impressions, including Kermit the Frog, Boz Skaggs, Arnold Schwarzenegger, Casey Kasem, Johnny Carson, Jerry Seinfeld, Ozzy Osbourne and his most famous impression, the late, great Don LaFontaine (the voiceover guy from most action movie trailers). Pablo said his Don LaFontaine impression was so dead on, Universal once hired him to voiceover a special effects reel.