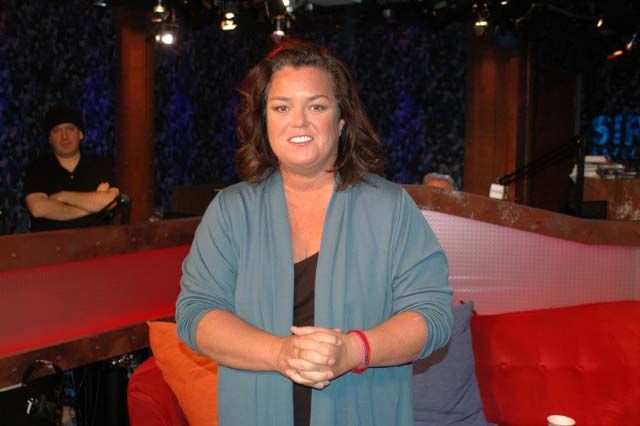 After Robin’s news, Howard walked over to SiriusXM’s studio 2 to appear on Rosie O’Donnell’s show – which was simulcast on Howard100 and SiriusXM Stars 102: “Lotta women around here. No men, huh?”

Pete said hi, but Howard was obviously out of his element: “You’re making me nervous over here.”

Howard congratulated on Rosie on her ability to leave programs – including both ‘The View’ as well as her own daytime chat show – when she felt done with them.

Rosie said wasn’t necessarily ‘done’ when she left the shows – it was that she’d made her ‘goal’ amount of money: “Once you hit that number, you’re done.”

Rosie nodded: “That’s right, buddy…as soon as I found out I had three-digit millions, I said to the money people, ‘I never wanna see you again.'”