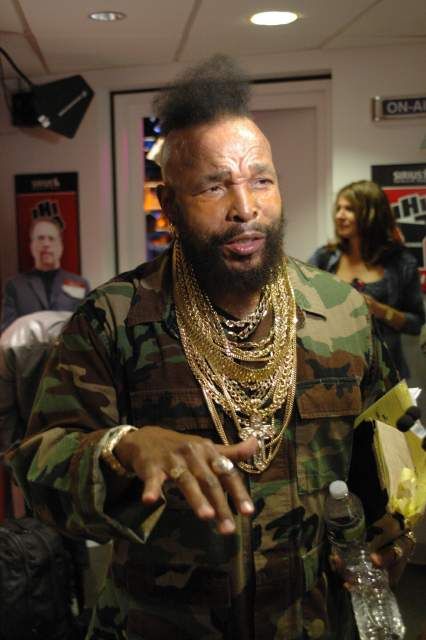 Mr. T stopped by to catch up with the crew–and was disappointed with Robin’s separated studio: “Why you in the glass, baby?!” Mr. T was agitated (“It’s been a while, so I’m excited. Can I stand up?”) but tried his best to answer questions about his rough roots: “We were so poor, we couldn’t pay attention.”

Howard asked if Mr. T ran into scammers or trouble when he returned to his old Chicago neighborhood, but Mr. T just laughed and gave one of his trademark phrases: “I pity the fool but I’m not a fool.”

But even the most egregious hater gets a second chance: “I’d give ’em a chance. First I say: ‘What’d you say?’ Then I give ’em a chance to apologize.” Mr. T was equally dismissive when asked if he’d ever crossed paths with Barack Obama, another of Chi-town’s favorite sons: “I come from hardcore, he come from Harvard.”

Looking Back at ‘Rocky’ and ‘The A-Team’ 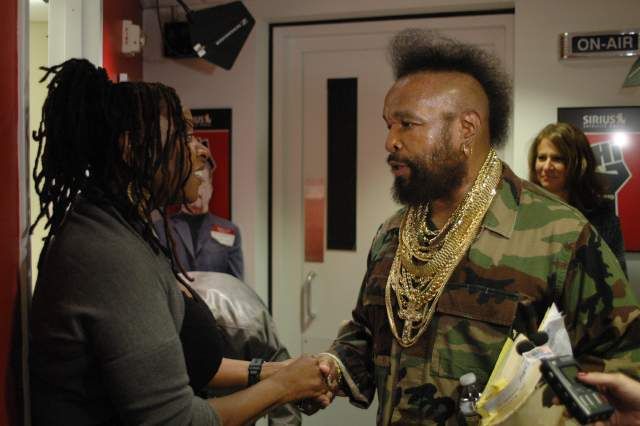 Asked about his role in ‘Rocky 3,’ Mr. T said he’d remained abstinent while training for the film: “I stayed away from women for about 6 months. I stayed in training. That’s what separates the winners from the losers. Discipline.” When Howard mentioned ‘The A-Team,’ Mr. T jumped ahead: “Two things I liked about ‘The A-Team: 1. When I was doing it, they paid me a lot of money. 2. We always had a plan.” Mr. T also joked that he didn’t agree to appear–like the rest of the original cast–in ‘The A-Team’ remake in solidarity with the late George Peppard: “If George didn’t, I ain’t. I follow my leader.” 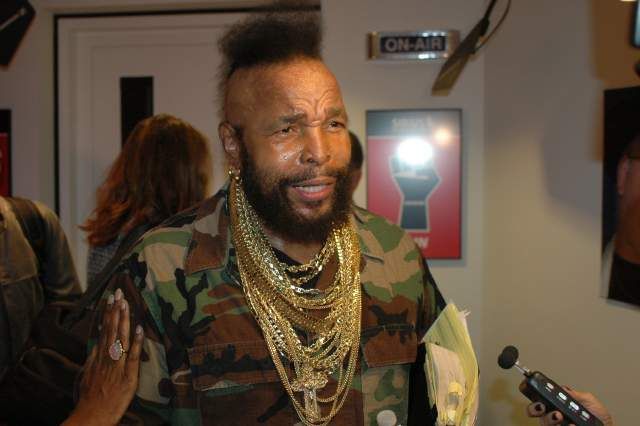 “See, that’s what the T stands for. To the women and children, it stands for Tender. To the bad guys and thugs–POW!–it stand for Tough. I’m tough when I have to be, tender when I should be. I never gets tired of signing autographs. You know why? I have a short name! Mr. T!”